Dog fighting is a cruel animal blood sport where dogs are put on strict diets and training regimes, and the winning canine wins its owner some cash. Certain dogs are better at this sport, and most fighting dog breeds are medium sized with sturdy bodies, strong jaws and bite force. However, some of the most popular fighting dogs used in this disgraceful activity may surprise you. 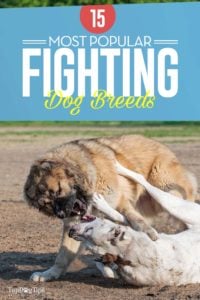 Today, the blood sport of dog fighting is divided into three categories:

According to a story from NPR, dog fighting sport have originated when the ancient Romans would pit dogs against each other in gladiator-style fights to the death. These fights last up until one dog dies, exits the pit, or fails to scratch. As history shows, the dog who loses the battle is then either shot by its owner, tortured or beaten severely.

Other than the entertainment aspect of dog fighting, in some countries, there are large sums of cash at stake. Money is made by charging stud fees and admission. Thus, a gambling format is reached. People can bet on a certain dog to win some extra dough.

Fortunately in today’s society, we find the idea of two dogs being forced to fight against each other for sheer entertainment repulsive and immoral. In fact, dog fighting is considered a felony in all 50 states of the USA, District of Columbia, Puerto Rico, the Virgin Islands and many other countries.

As recently as this year, Mexico has also said “no” to any type of dog fighting activities.

A dog in the fight 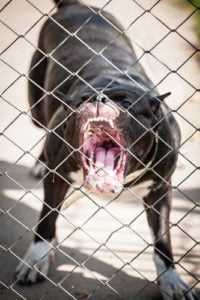 While many dogs were and still are used for fighting in different parts of the world, these modern fighting dogs we know of today can all be traced back to five distinct breeds:

Years ago, breeds were revered for their large bodies, powerful builds and extremely strong jaws. They had to have a low and loud bark.

Another cruel aspect of dog fighting that is less known are bait animals.

Bait animals are used to test the fighting ability of any fighter dog. They are usually tied up, and then the fighting dog is let loose. These training methods also include killing and torturing other animals to test the dog’s strength.

Records show that most bait animals are attained by stealing people’s pets, adopting pets from shelters under the pretense that the pet is going to a good home, and applying for “free to good home” ads. (This is why you should never advertise your pet on platforms where you can’t go see where the animals will be going.) 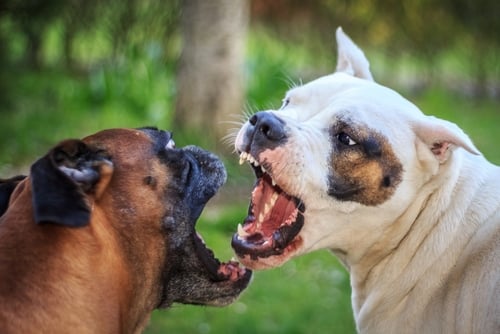 Even though it’s largely looked down upon and outlawed in the US as well as other places, dog fighting is still thriving in many other countries.

In South Africa, dog fighting is a huge problem to this day, especially smaller provinces like Western Cape. Even though it is illegal there too, there’s less manpower taking care of these activities. The SPCA do their utmost best to try and eradicate the illegal sport, but because it’s very underground, it’s difficult to reach everyone and spread awareness.

I’ve compiled a list of some of the most popular fighting dog breeds out there, going back to centuries ago. Some of these fighting dogs were bred from the beginning for this purpose, while it was realized later on that other similar dogs may be good in the pit, too. 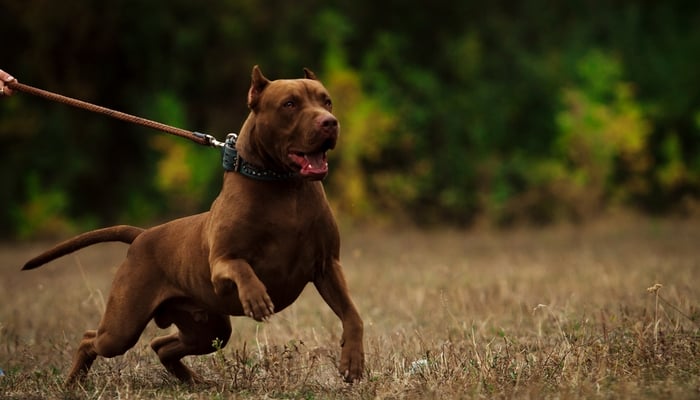 As expected, one of the first on the list is the famous fighting dog – the American Pit Bull Terrier. We all knew the pittie was going to make the list of fighting dog breeds. They have had a terrible reputation going back many decades. They are the preferred breed when it comes to dog fighting, because they are not only strong but also very loyal. 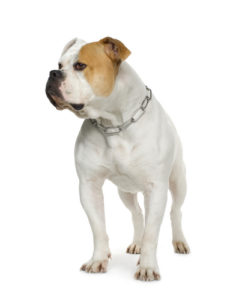 This breed doesn’t do well with other animals, which is what makes it a strong contender in the pit. This is especially true when the other dog is the same breed and sex.

American Bulldog’s never back down from a confrontation. And, because they’re highly prey driven, they are sought after in the dog fighting world.

The Bull Terrier was originally bred for dog fighting back in the day. This breed was and still is known as the canine gladiator. They do, however, have a more favorable temperament than the other canines on this list of fighting dog breeds. 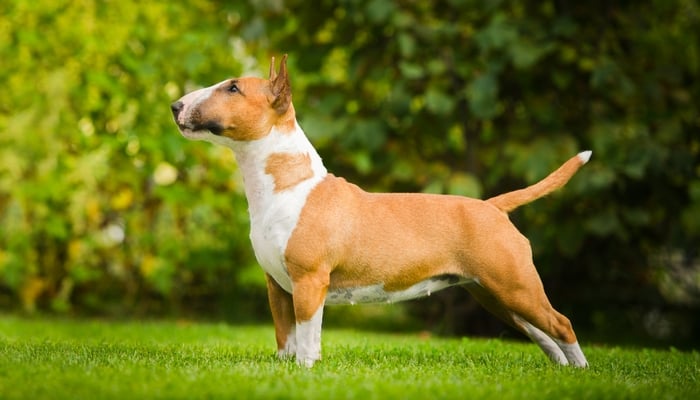 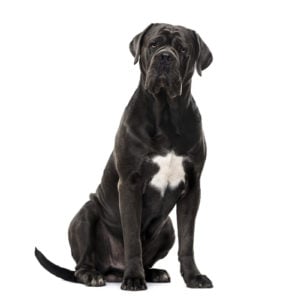 Cane Corso is yet another well-known sturdy and strong breed that looks aggressive, and generally makes most lists of dogs to watch out for. This goes back to their history, because this Italian Mastiff was used as a soldier dog for the Romans. They are large and extremely intimidating when you see one for the first time.

These dogs also have a very powerful jaw and a strong prey drive. This breed can easily dominate, thanks to their large size and endurance in the pit, which always made them one of the best fighting dog breeds. Today, they are also used in the military and becoming a popular dog in police work. 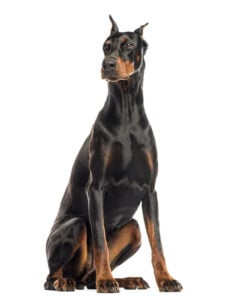 Originally bred as a hunting and fighting dog, the Doberman can be a firm contender in the dog fighting pit because of their stamina and endurance. While this dog looks much slimmer than some of the other breeds on this list, don’t let them fool you – Dobermans are known for their aggression and strength.

The Doberman packs a lot of muscle and power into their slim frame. They are also extremely intelligent and enjoy pleasing their owner. This is a very easy breed to train and they often take trophies as one of the smartest dog breeds in the world. 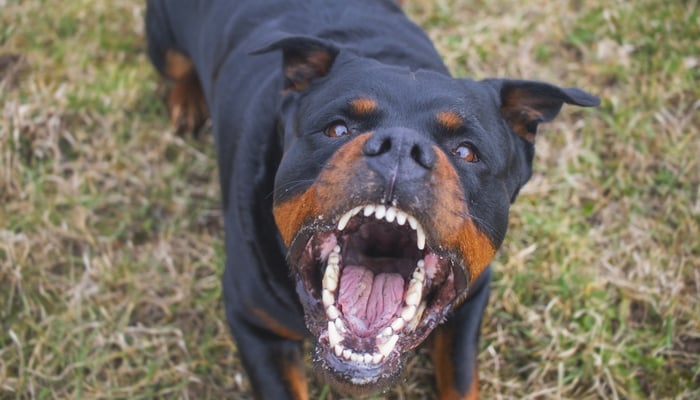 Not many people know that Rottweilers are generally more aggressive, stronger and more dangerous (when not trained properly) than the famous Pit Bulls or other breeds. According to statistics, Rottweilers are the most scary dog out there.

Calm, courageous and confident, this popular fighting dog breed will challenge anything that confronts them. The Rottweiler is one of the most commonly used fighting dog breeds to this day not only due to their strength, but also because they won’t back down. 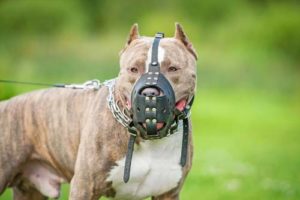 Agile, athletic, fast and relentless, the the American Staffordshire Terrier is yet another well-known fighting dog breed that’s used in the sport today. AmStaff, as these dogs are also known, is generally very aggressive towards other animals. They are relentless and will fight to the death.

Don’t peg them as just one of the popular fighting dog breeds, though. With training and proper socialization from puppyhood, the AmStaff can be a very well-behaved companion and a loyal, calm pet to most loving dog owners. 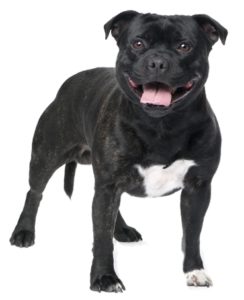 Another Terrier on the list, the “original” Staffordshire Bull Terrier from England, is just as popular in dog fighting. The Staffy, as they’re often called, will fight when it is challenged, and they aren’t great with other animals either. As a terrier breed, they also have a high prey drive which makes them a perfect contender for a sport like dog fighting.

With their stocky build and drive to fight, these breeds are commonly seen in dog fights these days. They are also smart dogs that are easy to train and like to please their owner, which makes them even more perfect for this practice.

A very rare dog breed, Kuchi – also known as the Afghan Shepherd dog – is one of the most popular fighting dogs in the Afghanistan and other countries in the area. These dogs were originally bred to protect their owners until people realized that they would also be great to make money in fighting.

Because Kuchi dogs are very territorial, hardy and brought up to look after themselves, they make for very strong competitors in the Middle East. In the above video, you can see a report on dog fighting in Afghanistan, with Afghan Shepherd dog in action. 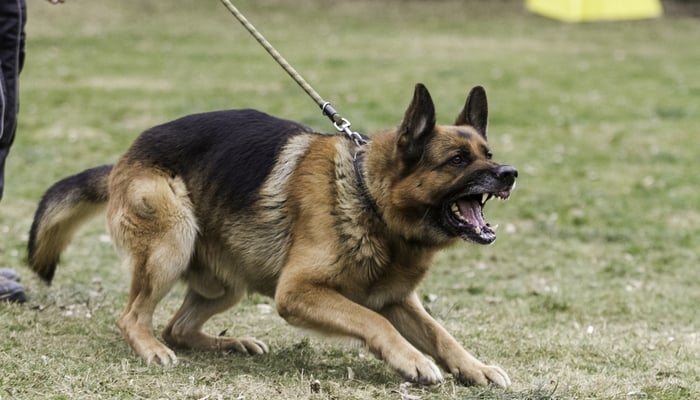 German Shepherd dogs make the list of fighting dog breeds because they are used in some fighting rings to this day, mostly due to their ability to be eaisly trained to attack.

The German Shepherd has a natural attack instinct coupled with their aggressive nature and loyalty that can be honed even more when brought up from a puppy. They are the smartest dog breed to this day, but they don’t match up in strength to some other dogs. 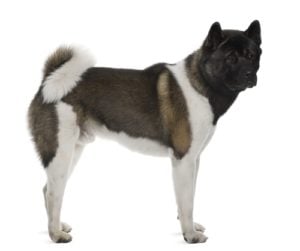 Strangely enough, the Akita makes the list of fighting dog breeds, mostly due to their high prey drive and very aggressive nature. This breed never was bred to fight, but in modern times (especially in the UK) they have been used in pits against other dogs of the same strength and ferocity.

This breed traces its origin back to Japan. They were originally bred to guard nobility in their native country. They were also used to track large game such as bear and wild boar, and were great hunting dogs in those days. 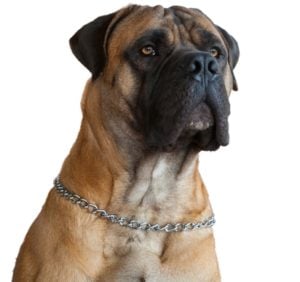 Because of its size and strength, the Boerboel is often used as a fighting dog in counties like South Africa. Also known as the South African Mastiff, these canines were bred to guard against predators and work on farms.

They are one of the most powerful dog breeds in the world. With a muscular and large build, and a very powerful jaw and bite force, it’s not wonder the Boerboel is often used as one of the fighting dog breeds. 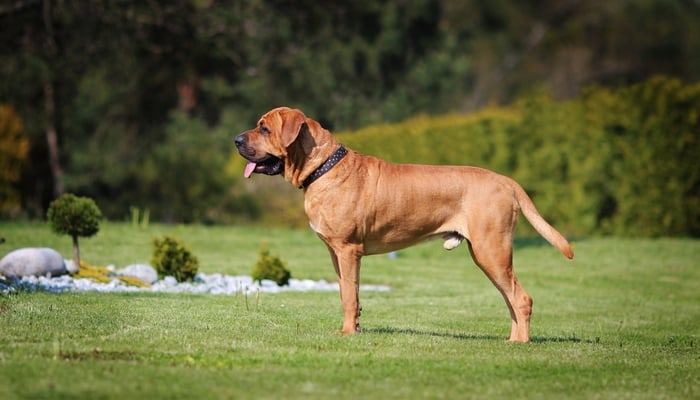 Another very rare dog breed, Tosa Inu is a large dog that you won’t often meet in the U.S. This dog breed is one of the few that was originally bred specifically as a fighting dog. As a result, Tosa Inus are very aggressive, skillful at fighting other dogs and are extremely powerful. This dog breed originated in Japan and remains mostly in that region. 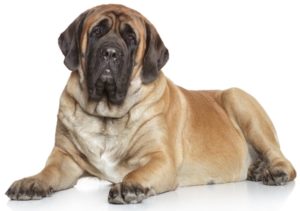 Although not as favorable nowadays for dog fighting as it was back in the day, the English Mastiff is still used in fighting pits in some places and countries. These massive dogs are known for their size and power.

They are born guard dogs, but are actually known for their mellow temperament when properly trained from a young age. Trainers tap into the dog’s natural dominance and drive to defend its territory when raising an English Mastiff for the fighting ring, but normally, this breed is very calm and makes a great pet when raised right.

Another mean looking and popular fighting dog breed that was expected to be on this list – the Dogo Argentino. Large, muscular, and usually white, the Dogo Argentino is a strong opponent when put in the pit and will pose danger to any other animal.

Because of the loose skin around the neck, it isn’t easy for the other dog to get a grip and pull the Dogo down. In the meantime, this breed is aggressive with a strong bite force. 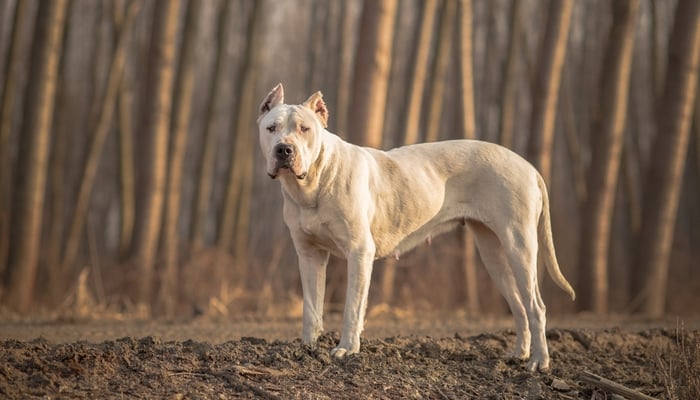 These few dogs are only the tip of the iceberg when it comes to fighting dog breeds. A single search using Google will pull up hundreds of photos and videos of dogs fighting, and you’ll see the most unexpected breeds forced to engage in this activity.

It’s sad to see this illegal, barbaric sport still alive today, but more countries are continuing to outlaw dog fighting and more owners are becoming aware of it.

As for the breeds I mentioned above, each and every one of them will make a wonderful family dog if trained properly. They are only aggressive because of training and ownership.