Recognition and limiting pain and distress are two key goals of animal care that every pet owner strives to meet. Unfortunately, signs symptoms of joint pain and discomfort are sometimes difficult to notice until there is a major problem. Most arthritic dogs suffer in silence. 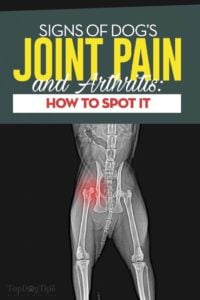 To better understand all the signs of joint pain in dogs, we need to break down the types of joint diseases. These disorders affecting dog’s joints are divided as either inflammatory or noninflammatory.

A non-inflammatory joint disease that results from poor conformation, trauma, or developmental disorders is the correctly termed degenerative joint disease in dogs.

Inflammatory joint disease, termed arthritis, can be subdivided, based on its cause (infectious versus noninfectious) and its radiographic/histologic characteristics (erosive versus nonerosive), as described in studies observing arthritic dogs.

Although some breeds are predominantly susceptible to developmental orthopedic diseases, most common joint diseases affect all dog breeds and ages, research finds.

Because of the prevalence of this disease in dogs, it’s imperative that every owner knows the signs of joint pain in dogs, and how to spot arthritis or other joint problems. Sadly, it’s highly likely that you’re going to need to know this information as your dog ages.

8 Signs of Joint Pain in Dogs 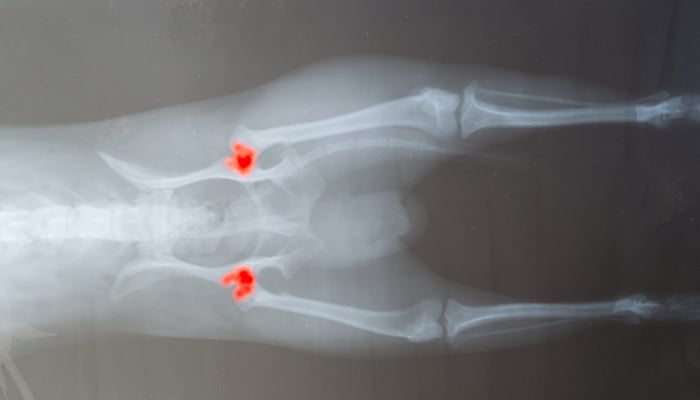 Lameness is an abnormal gait or stance of an animal. By itself it’s not a diagnosis, but only a clinical sign of some pathological processing or pain in your dog.

At the beginning of the disease, the signs are weak and characterized by a longer period of rest your dog will take after walks, or some stiffness after getting up from the floor. In more serious degree of disease, these signs are more expressed and longer lasting.

When your dog is avoiding what was once an enjoyable activity, or when he stopped jumping on furniture, it may be a sign of joint pain. Other examples include when he is lying down for much longer periods of time or refuses to walk up or down the stairs.

This may seem to you that your dog is showing signs of pain at nothing, but it is more likely a sign of advanced disease of the locomotor system. Just to be clear, sometimes other pain-related problems will give the same clinical picture in the early stages, such as kidney diseases, thus other diseases would need to be ruled out first.

Most of us understand how humans or dogs in pain behave, and how they react to anything affected it. The same can be applied for assessing sings of joint pain in dogs.

Pain in advanced stages commonly occurs when touching the affected part of the body. In early stages, it occurs after getting up in the morning or after longer sitting in the same position. A dog can defend touching the sensitive places or bite and lick the painful region trying to reduce pain, which is a clear tell-tale sign for the owner. 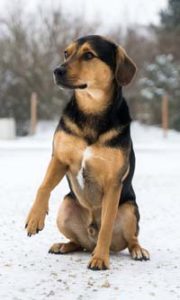 The inflammatory process in the joints will lead to a change in the soft tissue around the joint. These changes will result in the creation of scar tissue that will make the dog’s joint stiffer, with a reduced range of motion.

Visually, if possible, due to the joint position in the body and anatomy, you may notice that the affected joint is bigger than the other non-affected one. But sometimes both joints are affected, so the discrepancy between them is not clearly noticeable.

Assessing thickening and effusions in the hip and shoulder are not possible due to the presence of the overlying muscle masses. Assessment of the range of motion should be both to assess any reduction in the normal planes of motion for a joint, for example, flexion and extension, but also to assess abnormal increases in the range of motion.

Here’s a good evidence-based guide (PDF) to analyze the gait. You’ll see that most of the acute conditions result with fluid build-up in the joint space, causing joint effusion resulting painful leg fever, and sometimes a watery feeling under the skin.

5. Crepitus in the Joint

Crepitus is a medical term describing a noise or a vibration produced in the body which occurs when irregular surfaces or scar tissue rub against each other with grating or popping sounds.

Sometimes this occurrence doesn’t have diagnostic significance, and it is very important to know that the level of crepitus does not correlate with the degree of disease of the dog. Yet still, it’s one of the possible signs of joint pain in dogs you can use in the analysis.

As your dog walks, his abnormal stance is one of the dead giveaways of something being wrong. Altered range of motion, that is clearly visible, and altered gait are also clear signs of joint pain in dogs.

Kinematic and kinetic gait analysis of the dog will reveal many signs and symptoms. Altered gait is usually the asymmetric movement opposite to standard gait pattern while walking, or running. Sometimes altered gait may be recognized as limping or not standing on one foot, while your pooch is trying to relieve another extremity of pain or weight.

The most effective way to spot abnormal gait in dogs is while he’s running (or trying to). The most common altered gait observed in dogs is often termed “bunny hopping.” When the dog runs, he moves both back legs almost together, putting its weight on the hind legs, as if the Fido is reluctant to make the rear legs touch the ground.

Just remember that this type of movement is normal in puppies as a learning process.

Muscle atrophy (wasting) is defined as a decrease in the mass of the muscle, and it is sometimes noticeable with some parts of the body getting thinner or weaker. Obviously, skeletal muscle atrophy attributable to muscular inactivity in dogs has significant adverse functional consequences, and those can be spotted as you observe your canine.

The main reason for muscle wasting is a lack of physical activity in your dog, which is often another common sign of joint pain in dogs. Because your pooch avoids the use of painful body part, that part becomes atrophied. The usual muscles begin to atrophy in 4 weeks of inactivity, and you’ll see some decrease in their size and shape.

Finally, if your dog suddenly doesn’t seem like himself, it may be another clear symptom of joint pain in dogs, but other possible causes would need to be ruled out. Changes in your dog’s behavior can be vary based on the individual dog, as well as depending on the breed and the character.

Most common ones behavior changes in dogs with joint pain are: 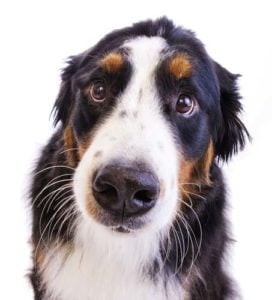 A large number of dogs, most commonly senior dogs and larger breeds, will suffer from some kind of disorder of the locomotor system. Many of these processes are generally treatable with inexpensive medications, dietary improvement and proper exercise. As long as you know how to spot signs of joint pain in dogs, you’ll be quick to fix the problem.

Other issues, such as very advanced, incurable or hereditary joint related problems can be treated to ensure your pet’s life to be much easier and somewhat pain-free, but diseases like osteoarthritis have no cure. Nevertheless, if some of the symptoms listed above show up in your pooch, and you’re positive it’s due to joint pain, a quick and simple treatment plan could greatly improve your companion’s quality of life.